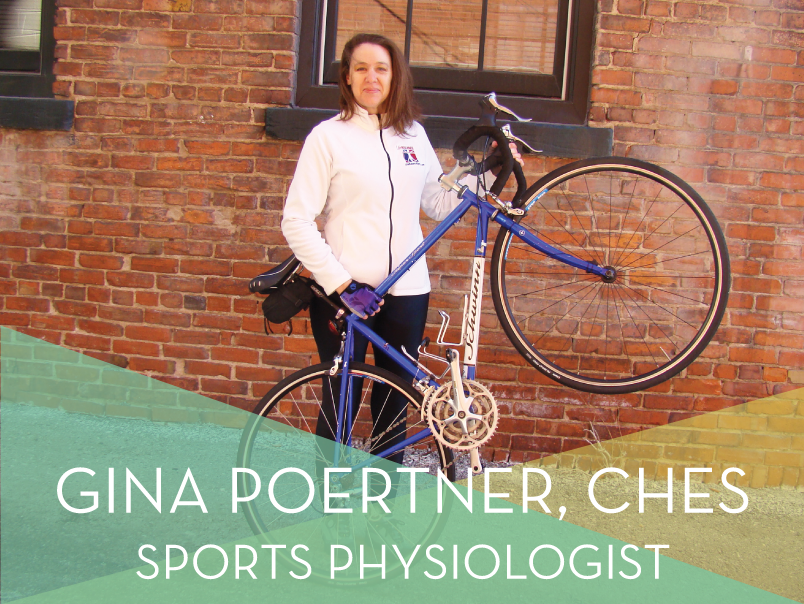 Even though Gina Poertner started her own business as an athletic trainer in 2008, she had been unofficially doing the same tasks since the 1980s.

“Friends were always asking me for advice because I was a physiology major in college,” Poertner says.

Poertner, who later became a competitive triathlete, grew up on the seat of a bicycle. “It was a natural, normal part of what we did everyday,” Poertner says. “We would ride our bikes to school, to go see our friends and play at their houses.”

Poertner’s company, Life Balance Sports & Wellness, specializes in bicycle fitting and positioning, Myofascial Compression Therapy, and adapted sports. She also coaches athletes from the recreational enthusiast to the competitive athlete. Although she says she deals with a balance of men and women, she still notices a disparity between men and women racing.

“Men are still the largest part of that racing population,” Poertner says. “We are seeing more women coming on board, which is really good to see. Women are really pushing themselves. There’s a national women’s group, the National Womens Racing Organization, that focuses on getting more women involved on the competitive side. Locally and nationally we are working to get more women on bikes.”

Poertner says one of the barriers facing women is the intimidation factor, especially when it comes to equipment.“There’s some great equipment that might make your life easier, but sometimes, all you gotta do is roll up your jean cuffs and jump on a bike. We did it when we were kids, we can do it again as adults. There’s an easy way to get on the bike without all the hassle.”

What’s more important than fancy equipment, Gina says, is the body’s positioning on the bike. “How many thousands of pedal strokes are you taking? Especially those of us on our bike everyday, it really is critical. I see the body a machine, but it’s a living machine. Ninety percent of the bike fit is about the body and being able to take care of that, so I’ll look at an athlete’s alignment, musculature, and imbalances and start from there.

Poertner says the best time to get a bike fit is before you buy a bike. A trend that has hit the market in recent years is women’s specific bikes. Women’s specific bikes a few years ago didn’t address some of the issues that we have, torso and ratio of arms and legs.

“Some women may have a 32-34 inch inseam, but have a shorter reach and that’s what I’m hoping to see more of on bikes–not just a men’s bike with a pink paint job,”Poertner says. “The industry wants to see the women ride too. That kind of thinking is much more common than it was a few years ago. It’s exciting.”