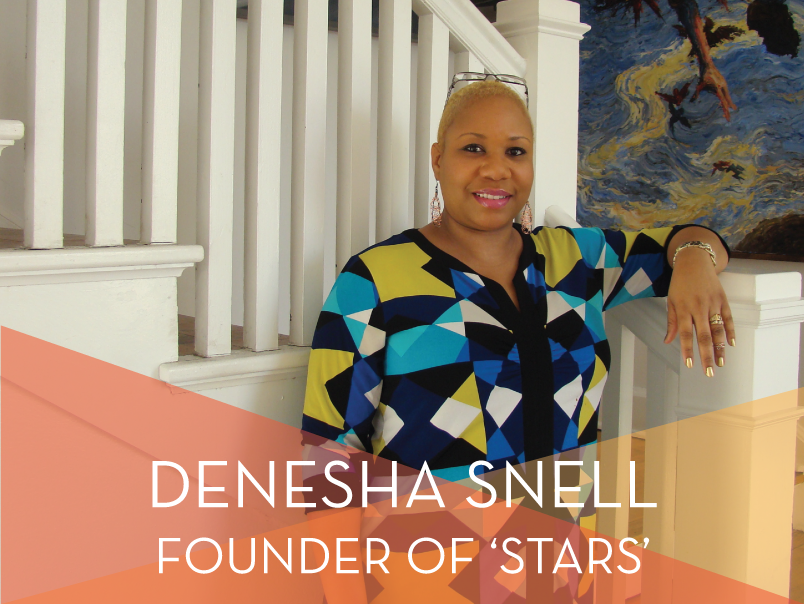 “You will see women riding west of Troost, but you aren’t seeing any African American or Latino women on bikes,” says Denesha Snell, a cyclist who lives in the southeast neighborhood of Kansas City.

Snell started Sisters That Are Riding Strong (STARS) last year as a way to get more women of color on bikes.

“Our goal is to ride once a week, have a no-drop ride, and be able to be visible in our community that surrounds us,” Snell says. “A lot of us live in that area east of Troost. This is our community. This is what we are passionate about.”

Snell who grew up near Swope Park, says she had always ridden her bike. Her oldest brother was a cyclist and was one of the only African American men racing in the late 80s and early 90s. But then she stopped riding.

“Once you get to a certain age, it’s something you put away and other responsibilities you have to pick up– whether that’s being a mother, a wife, a careerwoman– a lot of things like biking get pushed to the side. We forget how much fun we had or how free we were.”

It wasn’t until a couple years ago, Snell was trying to improve her fitness and be healthier. She started running and it was too painful. She read about Kenneth Walker, who was hosting bicycling clinics throughout the city, and became hooked again on cycling.

“Riding is free. I feel free,” Snell says. “I love to feel the wind on my skin. I love to pass through neighborhoods that I normally wouldn’t pay attention to. I love seeing the landscape of Kansas City on a bicycle.”

Snell started STARS with fellow cyclist Kim Cole last year. They ride every Sunday afternoon from the Southeast Community Cetner. All rides are no-drop, and they keep it as slow as the slowest rider needs. They had a goal to reach 100 women last year, and they succeeded.

Snell’s life has changed immensely since riding with STARS. “I’m one of those women who was overweight with diabetes and riding has changed me physically because I’m able to keep my sugars under control,” Snell says. “Another great thing has been building the sisterhood. It has been phenomenal. People see us riding down the street now and know we’re the STARS.”

Snell says there are various challenges for women when it comes to making time to ride a bike. “For women in my demographic: a mother with a career and a little bit older than your average cyclist, it’s hard,” Snell says. “I have to drop my kids off at school. That’s one of the biggest things for women who want to ride: what if i don’t have childcare? What do I do?”

She also adds she is not fond of riding with men. “It’s ok, but they’re uber competitive even on a leisurely ride, and it’s intimidating. You show up to these things and the men are decked out in their spandex and their tinker toys.”

This is where the camaraderie of STARS comes in, even though some women are still apprehensive about joining. “We have women that say ‘I’m old,’ ‘I have arthritis,’ or ‘I’m too big and I’ll break the bike.’ They’ll say they can’t keep up with us because we’re professionals. Well, no, we’re not, we’re here for each other, and we try to be as inclusive as we can.”

Snell says they don’t have any obstacles standing in their way to achieve more diversity in the biking community.“It’s just about being strategic and putting our minds to it,” Snell says.

Getting more women on bikes is not just about the bike. Snell says it’s about strengthening the city.