When Andrea Fowles’ bike was stolen in April 2013, her friend Erica was furious. But instead of letting the frustration build, she did something about it. She turned to social media. 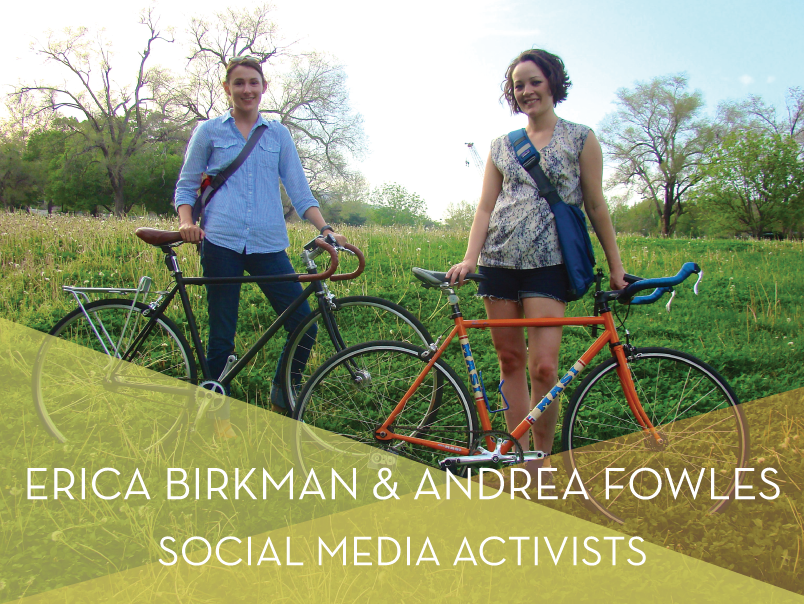 “We were seeing that there were certain parts in Westport, in particular, that were becoming hot spots for bike theft. I wanted to get the word out about these cases and help individuals get their back bike,” Fowles says.

Together Birkman and Fowles post a couple stolen bike listings a week to help retrieve bikes. Another huge component of Stolen Bikes KC is educational.

“I had always known that u-locks prevent bike theft and keep your bikes safer than say a cable lock, which you can cut through in five seconds,” Birkman says. “But a lot of people don’t know this already. Teaching people what kind of locks they need to buy as well as how to lock up their bikes became an important part of what we do.”

Birkman and Fowles say this spring has been fairly quiet when it comes to bike theft and hope it stays this way. Fowles never got her bike back, but she still rides all over the city on both her Masi fixed gear and replacement Bianchi (it’s the same model as the bike that was stolen). Fowles and Birkman both ride with a casual women’s bicycling club, the Velo Vixens. They also ride their bikes anywhere around town, whether that’s to the grocery store or to the bar with friends. Birkman is car-free.

“I got my first official adult bike the first year out of college,” Birkman says.  “I really wanted to get into the bike commuter lifestyle because I’m very into environmental activism, being sustainable as possible and doing what I can to cut down my footprint. When I still had my car, I would drive to the Plaza. It’s only three miles away, I could easily ride my bike there. It’s just a lifestyle change.”

Even though biking are now a normal part of their lives, they understand biking can be an intimidating activity. “Women in general are not as bold as guys. They don’t want to do a group ride if they don’t know somebody, if they don’t have the right gear or bike. They’re intimidated by not being completely prepared. But really, you can jump in on biking on any level. That’s the beauty of it. You can ride a a crappy bike. You can ride in jeans if you want. You don’t have to be the best biker before you actually bike. Just get out and ride.”