The Mid-America Regional Council recently sent MoDOT a list of local bike/ped projects for the proposed 0.75% statewide transportation sales that will be on the August 5th ballot. Amendment 7 would provide almost $78 million a year in new transportation funds to the Kansas City region. Local officials are proposing that 10% be set aside for bike/ped, and 30% set aside for transit.

*The transit project includes another $25 million for the Rock Island acquisition.

A more detailed list of projects included in the On-Street Bikeways item is a mixed bag for the region. It includes several great trail and bike lane projects, and but is focused almost exclusively in the suburbs. The only urban project on the list is the addition of bike lanes on 35th Street through the East Side. The urban core would only receive about $1 million of the total $77.6 million allocated for bike/ped.

There are also several big items completely missing from the project list: 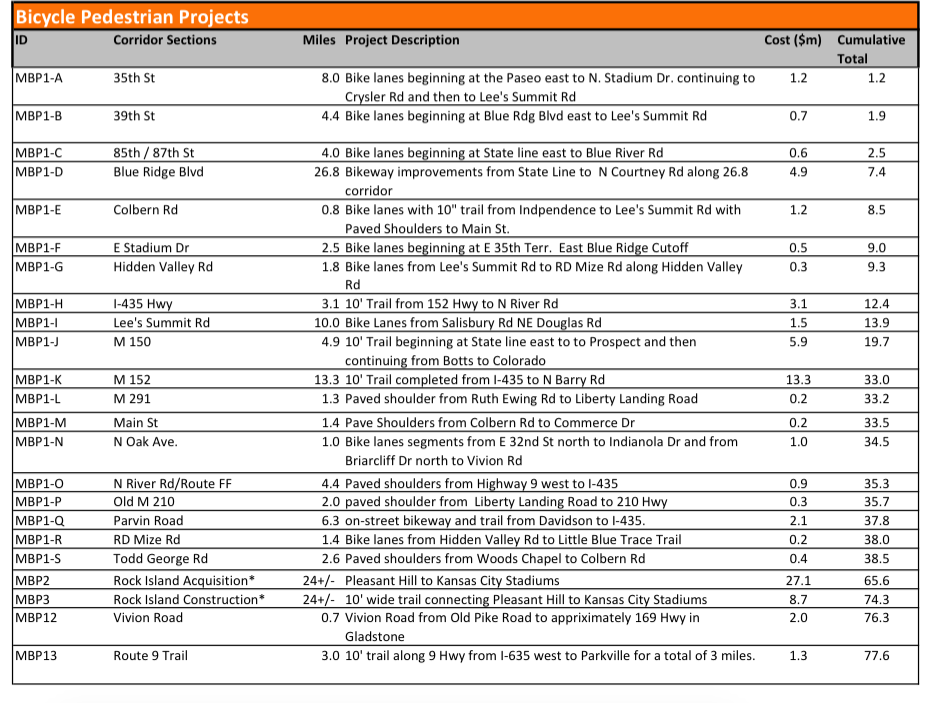