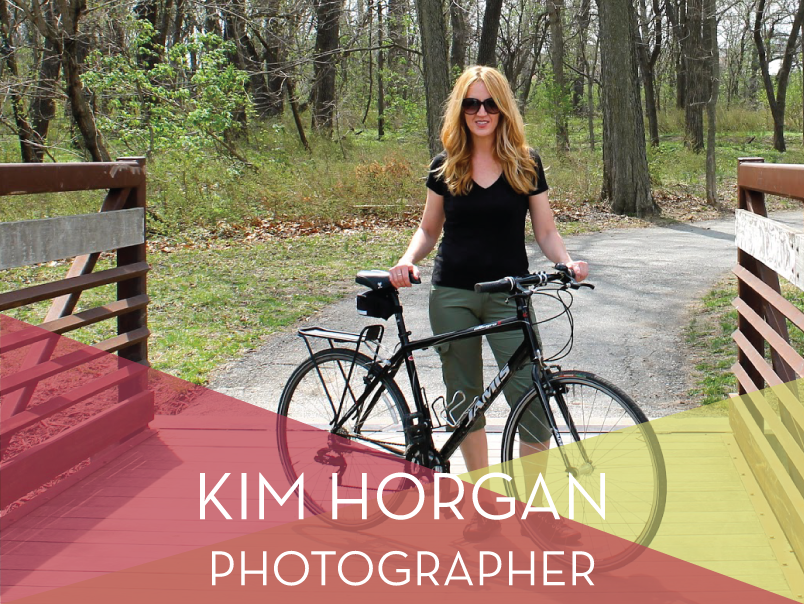 Kim Horgan spends many days on the seat of her bike, but you won’t find her in spandex on a group ride. More often than not, she’s probably riding solo on one of the region’s many trails and stopping to snap some photos.

“You see everything on your bike, things you would never see from your car,” Horgan says. “You might ride past some amazing park or pond, past some good graffiti downtown. I like taking pictures and being on my bike gives me so many opportunities to get some good shots just because I’m not in a car.”

Horgan grew up in rural Oklahoma riding past farms and down country roads. “My bike took me everywhere I needed to go,” Horgan says. “I would just head out in the morning and the only rule would be to just get home before dark, ride to a friend’s house, the park, wherever. I was free.”

Horgan says she stopped cycling when she had kids and lived in midtown KC. She picked up cycling around the time of her divorce. “Riding is such great therapy, I love to just go out alone,” Horgan says. “If I go out to one of the trails, I get exercise and clear my head at the same time.”

Horgan’s favorite trails to ride include the Indian Creek Trail, Shawnee Mission Park, and the Ottawa Trail in Kansas. Last summer, Horgan rode most of the Katy Trail by herself. “Some women tend to think its crazy, that they couldn’t do it, they think they aren’t safe or that they will get stranded on the trail somewhere.”

Horgan likes taking her time when she rides alone. “Part of it really is about the journey and to not be so hurried,” Horgan says. “I don’t feel the pressure to race or get there as quickly as possible, but to enjoy the ride and find those perfect moments.”=

She says she rarely sees other women out on the trail. “I see more women riding in town, which is great, but I was just thinking how when I go on the trails, I don’t see other women. It would be great if they felt more comfortable on the trails. Maybe I can help to change that.”

Check out more of Kim’s photos on her Instagram.