Through Midtown, Westport and the Plaza, Broadway is an official Boulevard; it has way more capacity for cars than the current demand would warrant; it connects some of KCMO’s most vibrant, active, unique neighborhoods.

CompleteKC isn’t proposing to make it harder for people to drive, rather the idea is to repurpose some of the pavement to people and restore a sense of place. 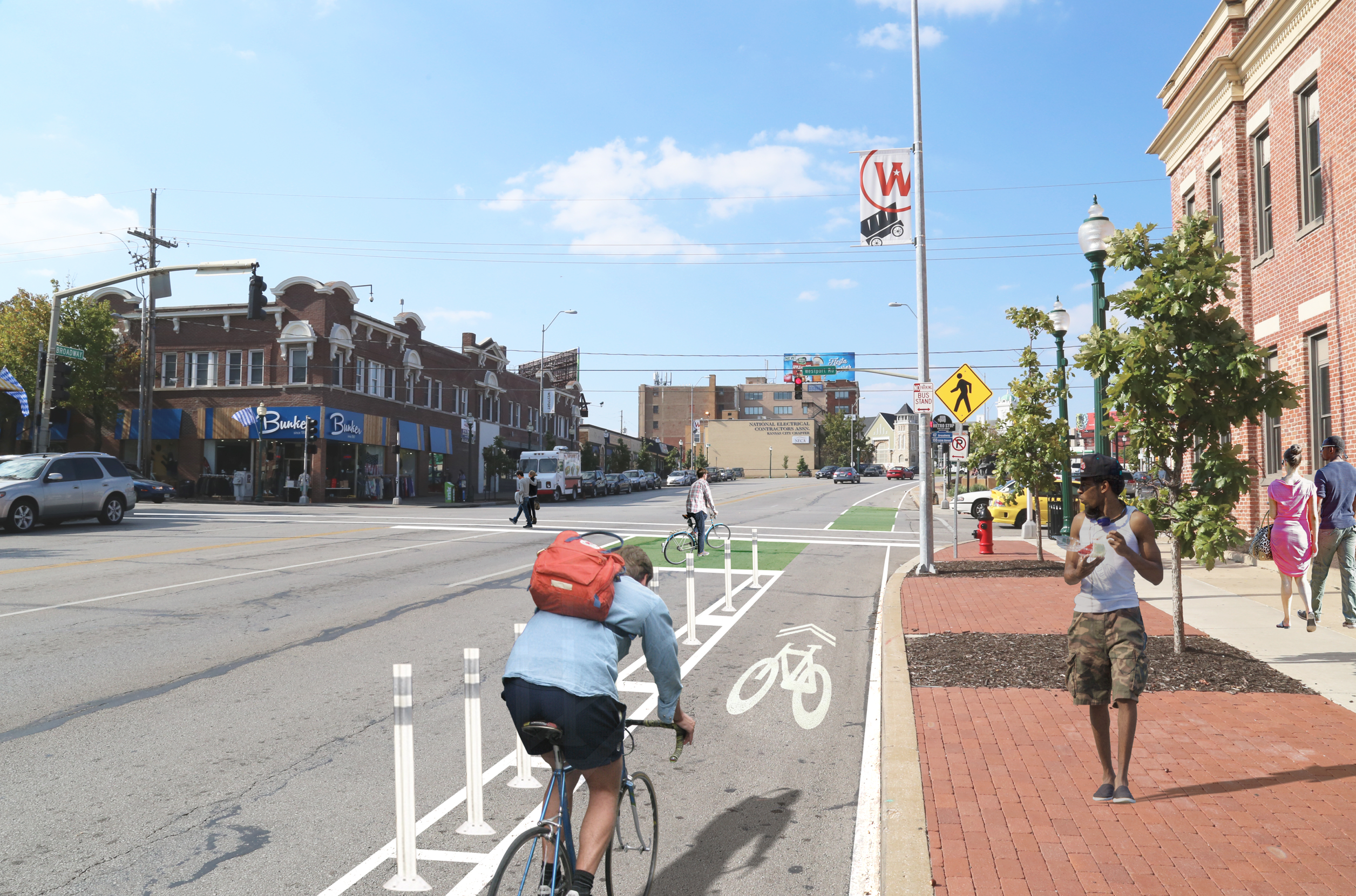 Imagine a Westport where one can comfortably choose driving, biking, walking, or using public transportation to move about. Bicyclists don’t have to mix it up in traffic because they get their own barrier separated bike lane. That bike lane also serves as a nice buffer between the car traffic and the sidewalk giving a pedestrians a more pleasant walking experience. Best of all? It’s mostly just paint –when the street gets repaved next there is minimal extra cost to this concept versus just putting the street back together the way it’s always been. 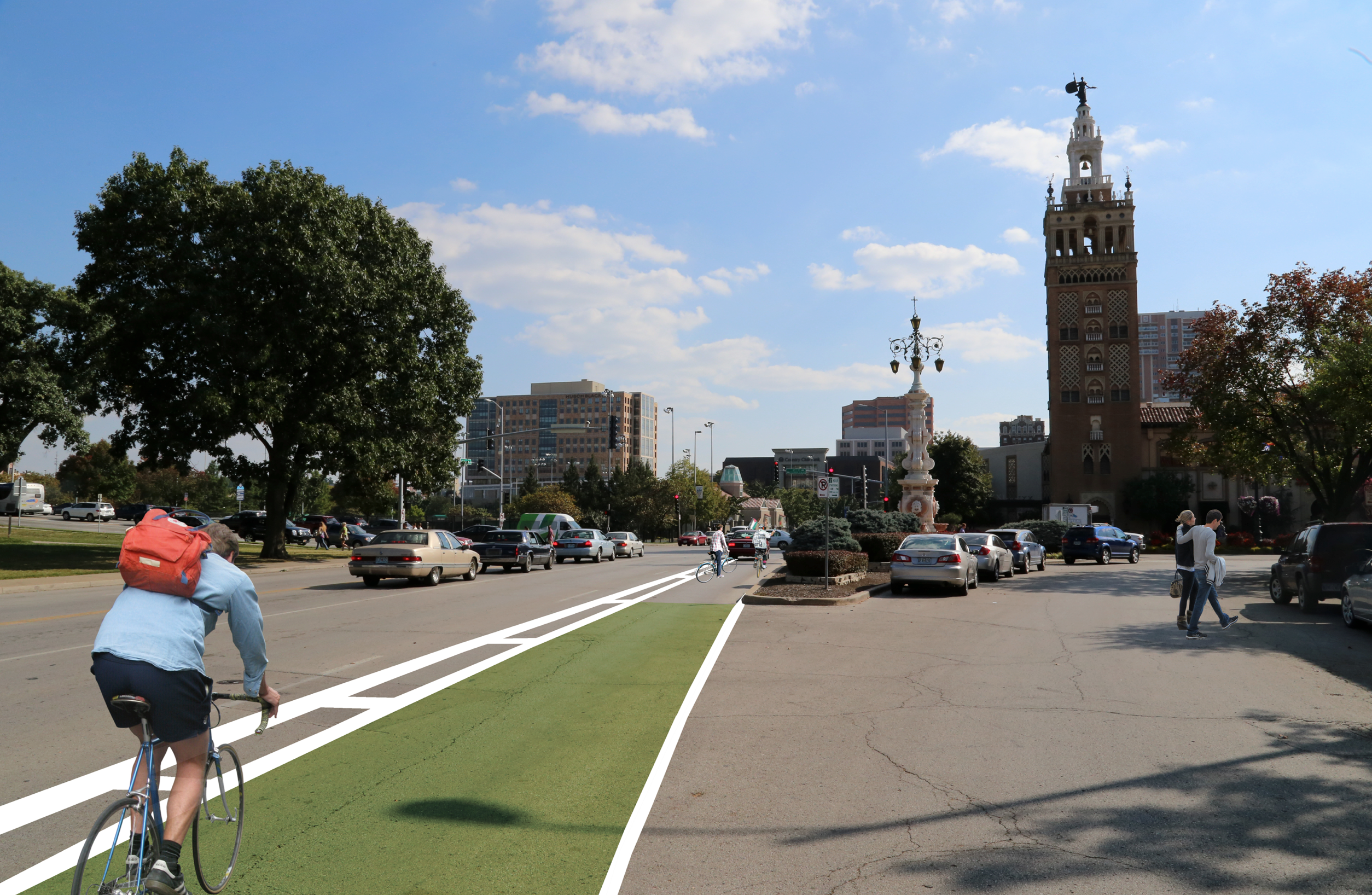 The Country Club Plaza is truly one-of-a-kind and getting there should be pleasant and easy. So let’s combine the original vision for the Plaza with that of our Boulevard system by adding bike lanes, improved crosswalks, and traffic calming. 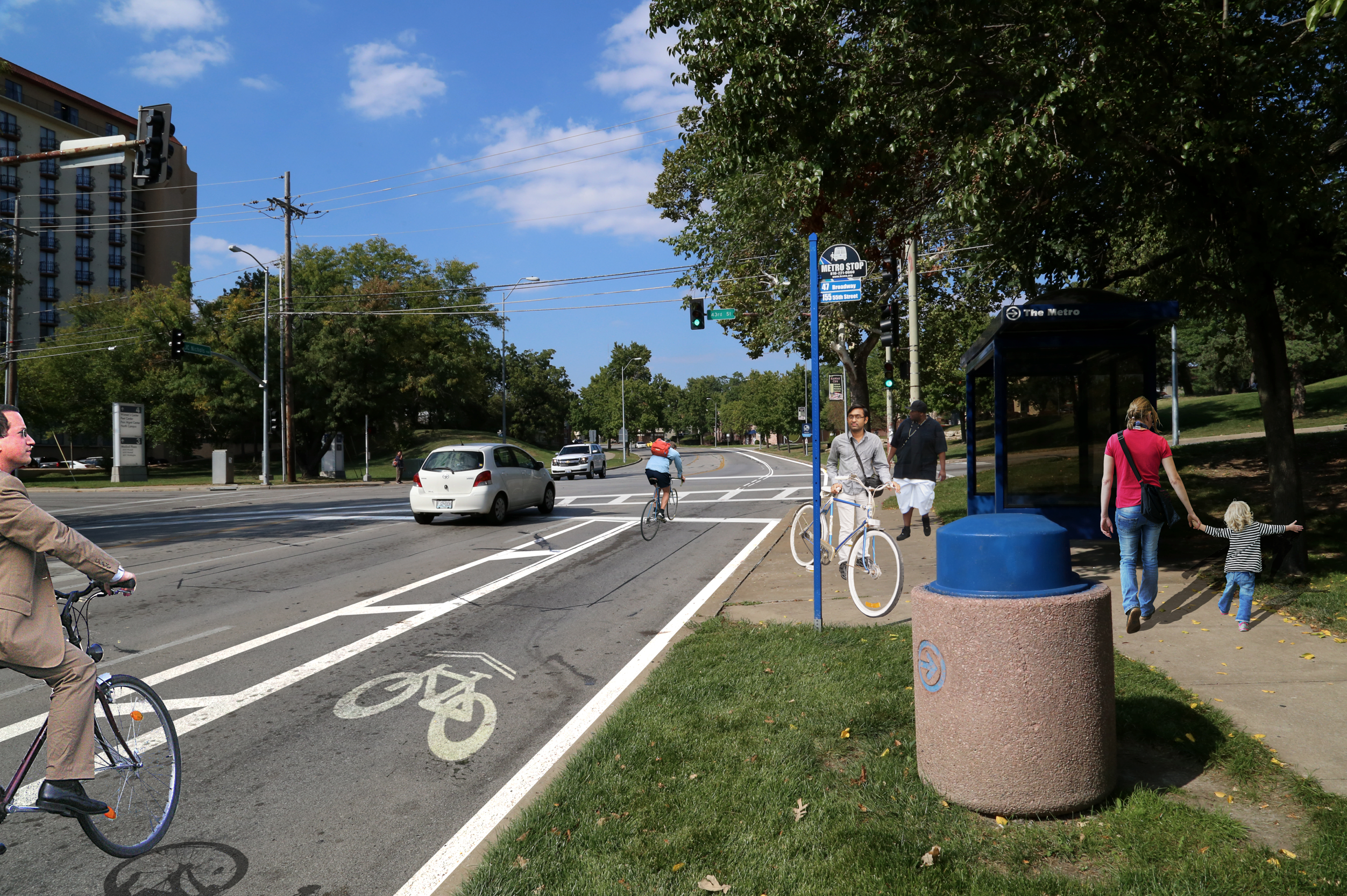 Mill Creek park is one of America’s greatest urban parks so let’s make it even better! Whether you’re walking to your job at St. Lukes,biking to the movies on the Plaza, driving to Brookside, or riding to play Friz in the park there’s no reason why you shouldn’t have a better street. J.C. Nichols is a boulevard, the crown jewel of urban streets. So why not make it more pleasant for everyone? There’s nothing park-like about a street where cars speed and people feel unsafe. 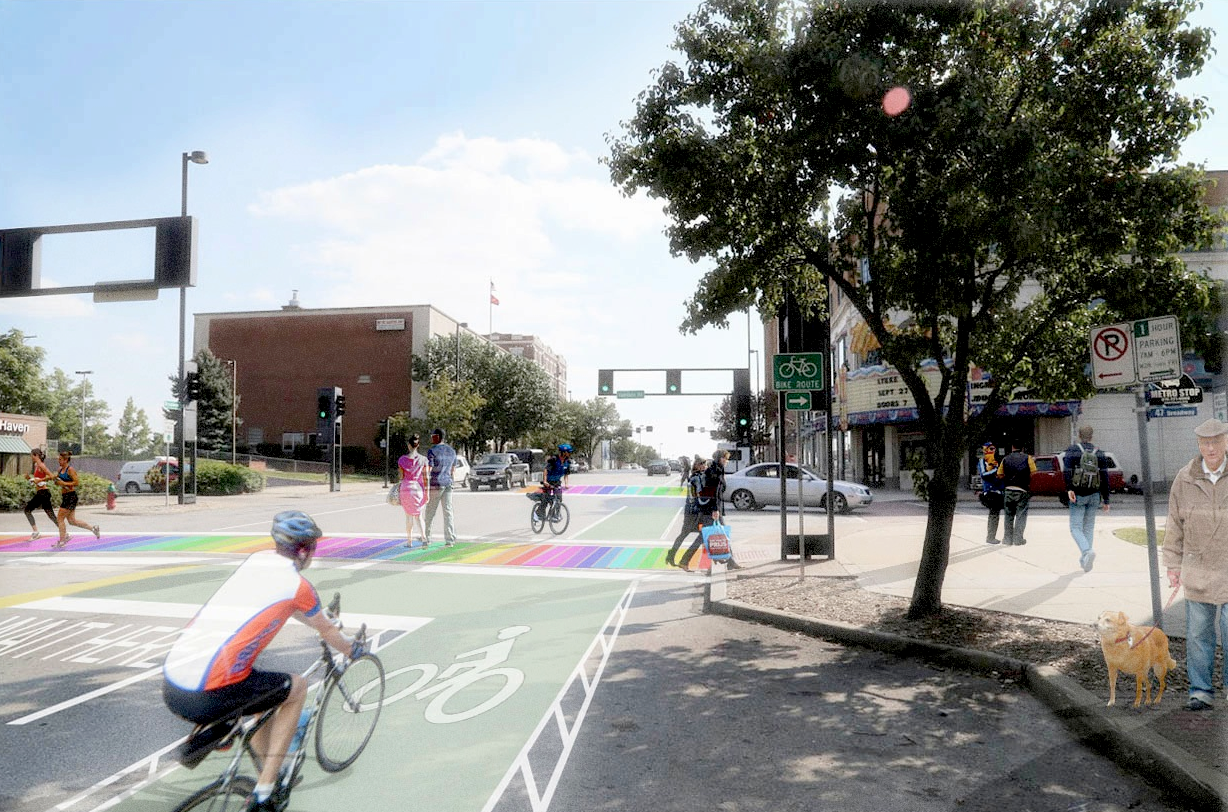 A barrier no more! With vibrantly painted crosswalks and buffered bike lanes, Broadway through Uptown provides connections between the neighborhoods of Old Hyde Park, Valentine, Westport, and beyond. Bicyclists no longer cower at the curb or on the sidewalk and pedestrians have safe places to cross the street. Many studies indicate that making it easier for people to get around bike bike or on foot increases vitality of local business. Let’s turn noisy car traffic into traffic in your storefront!