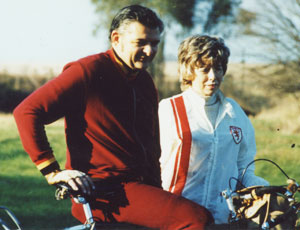 First safe crossing of the Missouri River on the Heart of America Bridge is named for long-time advocate and small business owner.

Bob Watts’ spent more than 30 years encouraging people to bike and walk, setting a personal example, and building the local community. In 2008 one of his big dreams was achieved when Heart of America Bridge was retrofitted with a bike/pedestrian path, KC’s first safe crossing of the Missouri River. It eliminated a huge barrier in our community and was the beginning of many more improvements.

Bob’s pioneering role in bicycle and pedestrian advocacy at the local, state, and national levels was recognized in 2012 when the new path was named after him. Many of you donated to our fundraising campaign to raise $2,500 for the new bridge signage.

Bob and his contributions 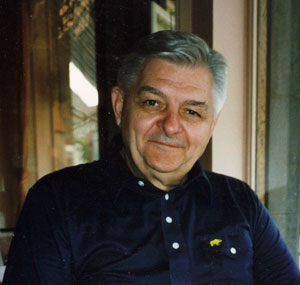 Advocating for pedestrians and bicyclists in City Halls, Jefferson City, and Washington
It wasn’t all fun and games for Bob!  He was serious about making the city and the state safer and betters places to bike and walk.  Bob spent many long hours advocating at the local, state, and national levels. 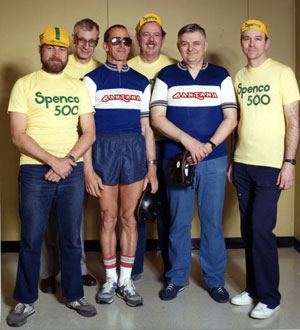 Bob’s legacy laid much of the foundation for the huge strides that Kansas City and the rest of Missouri is making today. Bob passed in 2006 at the age of 74, too soon to see the new dedicated bike/ped path on the Heart of America Bridge. We think it’s a fitting honor to name this new path the Bob Watts Memorial Bicycle and Pedestrian Bridge.

Special thanks to Art Gough and Dale Crawford for conceiving the idea and providing the leadership to get legislation passed in Jefferson City to make this happen.