As part of our efforts to recognize World Day of Remembrance for Road Traffic Victims, we are sharing stories from the families of victims and survivors of traffic violence. This blog does contain some graphic descriptions. 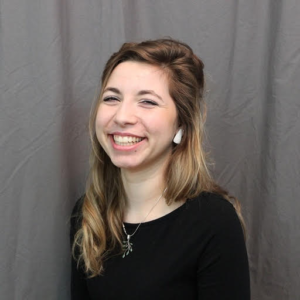 My name is Nora Anzawi and I live in the 4th Council District. I have a background in economic development and work as a Data Analyst at the local startup mySidewalk, which has partnered with BikeWalkKC to use data to track and measure program and policy impacts for walking and biking.

Last June, I was the victim of a crash that should have left me dead. It was a Saturday night, and my friend and I were in Waldo celebrating my sister’s birthday at a local bar. After a few drinks, we decided to call it an early night and grab an Uber back home. As we headed towards the parking lot across the street, my friend and I looked both ways and began walking once traffic stalled for us at the marked crosswalk. We were halfway across the street when suddenly everything went black — a driver had flown through the intersection and hit us at 30 miles per hour. My skull cracked against the windshield of the car and sent my friend flying 20 feet in the air.

Through snapshots of consciousness, I remember seeing my friend bleeding profusely and people gathering around us. People were asking questions, and it wasn’t until I was loaded into the ambulance that I was able to piece together I’d been hit by a driver. Police reported the driver had stopped, but none of this was known to me as the ambulance carried my friend and me to the ER. We had severe injuries, including multiple broken bones and post-traumatic concussion syndrome, which left me cognitively disoriented and dizzy for months.

The days that followed were spent piecing together what had happened after receiving the police report. Witnesses reached out on social media to see if anyone could identify who we were so they could confirm what they saw. The police report had contradictory statements from these witnesses, and although there was insurance listed, it wasn’t until I was denied coverage for my medical bills I realized the driver had not been covered during the crash. In fact, even my own coverage refused to pay for my injuries because the report was written as if my friend and I were at fault. Despite obeying pedestrian traffic laws, both the driver and the police blamed the crash on us. To me, it was all botched.

The impact the crash had on me was traumatizing on my body, mind, and spirit. I was in the last semester of graduate school, I couldn’t work (and was beyond employable in my condition) due to my injuries, and I couldn’t pay for the medical bills from the ER visit and necessary care I needed to recover. Even worse, at the most basic level, I couldn’t be independent enough to take care of myself. My family and friends saw one of the most independent and bright people they knew having to forfeit everything to rely on them for help with routine tasks, getting me to appointments, and basic cognitive-level problem solving. My spirit was smashed, and my faith in the built environment and community leaders to keep me – or anyone safe – had vanished.

I came to find the location where I was hit was a known hotspot for pedestrian crashes by every attorney I met with, so much so, that restaurants across the street stopped turning on their camera recordings because they were sick of police coming in on such a consistent basis to ask for footage pertaining to crashes like mine. I wanted justice because this wasn’t a “freak accident”, it was a result of a larger pattern, one where pedestrians and bicyclists are blamed when drivers hit them, even if they do everything right.

I reached out to the Office of Community Complaints and submitted a request to amend the police report and re-interview everyone involved in the crash. After months of radio silence following my continuous calls on the progress of the complaint, two acquaintances of mine died days apart from similar crashes in other locations, and similar blame was pushed on them instead of the driver.

I called the local paper, my councilperson, and connected with organizations like BikeWalkKC to get my story on the public’s radar. If I wasn’t being heard, how could the people dying right and left be? After the story came out, I became involved in the efforts for Vision Zero and testified for the passage of the resolution. Since its passage, I’ve been involved in supporting awareness about pedestrian and bike safety to promote efforts to protect our people by empowering our policymakers to make our streets safer.