Mile 0: preparing for the journey

Our history goes back to 2008 and beyond.

That year, the League of American Bicyclists published its regular ranking of US bicycle-friendly cities. Kansas City was ranked last among the 50 biggest cities. That list caught the attention of BBC Radio. They came to town and spent two days creating a 30-minute radio documentary about what it was like to bike in the “worst American city for biking.”

This type of notoriety was a call to action. The KCMO City Council set a goal to become officially recognized as a Bicycle Friendly City, and the community got to work.

Kansas City was one of the biggest US cities without a dedicated, professional advocacy and education organization – and it was obvious.

The Missouri Bicycle Federation (MBF) received a federal grant to establish an education and outreach program in Kansas City, hiring Co-Founders Eric Bunch and Sarah Shipley to join Co-Founder and then MBF board member Eric Rogers.

We spent the next two years building the regional education program and planning for our goal of establishing a stand-alone regional organization. 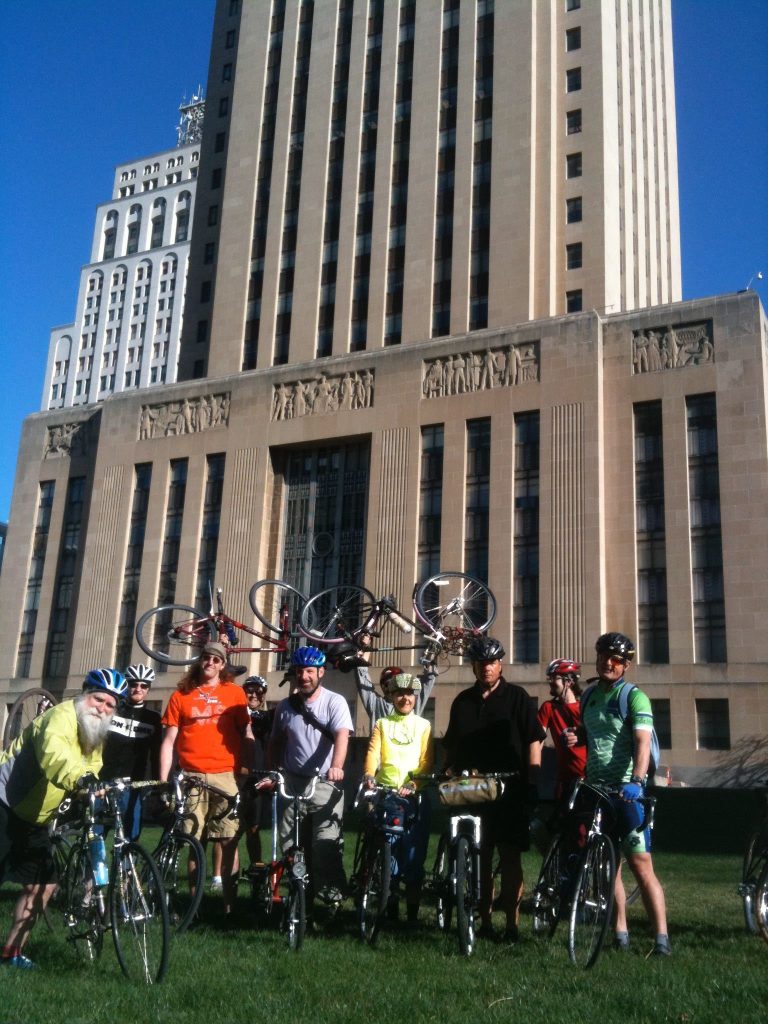 In 2010, we received a $30,000 startup grant from the League of American Bicyclists and the Alliance for Biking and Walking, funded by the bicycle industry. We eventually matched the challenge by raising $30,000 from the first Tour de Bier bike ride in 2011, but in the meantime set out planning for the new organization.

In November 2010 we filed incorporation paperwork with the Missouri Secretary of State and BikeWalkKC was born as an official nonprofit corporation.

Early 2011 was spent working with HOK Architects (formerly 360 Architects), who donated the services of founding board member and graphic designer Mike Hauser to create the new organization’s name, logo, and brand.

BikeWalkKC officially launched in April with an organization, mission, and identity to serve the bi-state KC metro area.

Some of the issues we advocated for in our first year included: 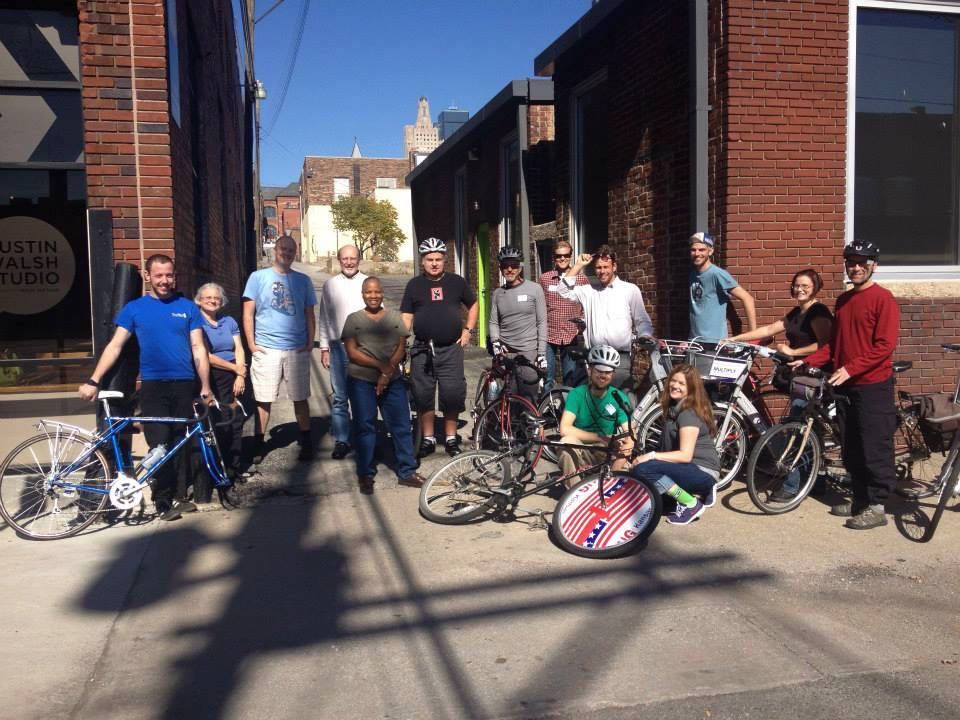 Looking back, we started off with a big bang. We had a big vision for what Kansas City could be, and an ambitious plan to get there. But the start of BikeWalkKC was built on the hard work and success of advocates going back many years.

Advocates like Bob Watts, Art Gough, Helene Miller, Ron McLinden, Brent Hugh, Laurie Chipman, Dale Crawford, and many, many more people dedicated hundreds of hours volunteering their time to show up at local City Halls and fight for safer streets where people could build a culture of active living.

So with a solid foundation and a big vision, Mile 1 was all about setting in motion a movement. In the coming months we will be looking back and reflecting on how that movement was built from Mile 1 to Mile 10, and where it will go at Mile 11 and beyond.

None of this would have been possible without the support, long hours (including literal blood, sweat, and tears!), and hard work of our founding members and partners. We invite you to join us as we continue the journey to redefine our streets as places for people. Will you join us?

Elementary schools have some of the worst air quality, due to all of the idling cars at drop-off and pick-up.