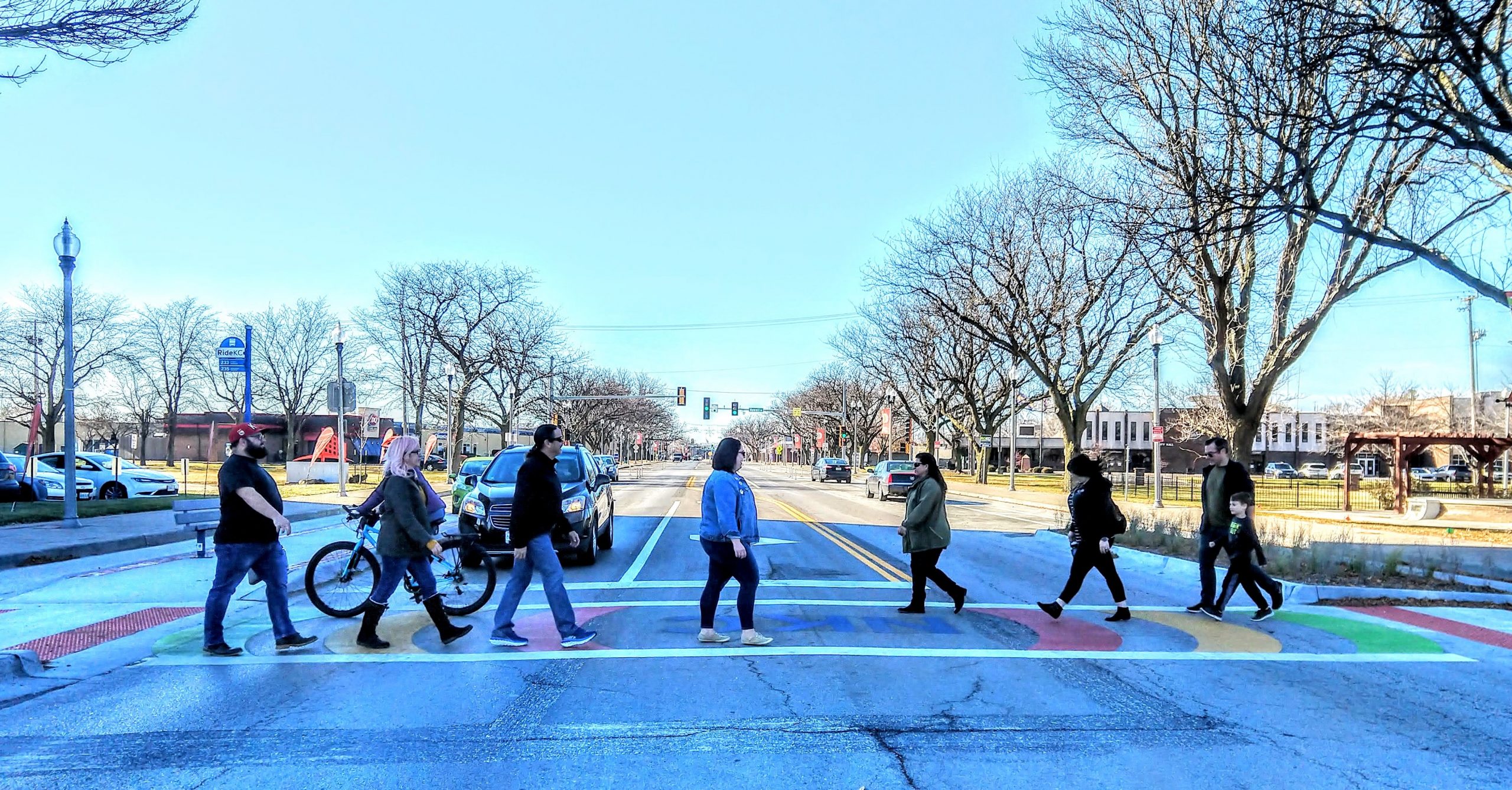 The key to advocacy of any sort is building community. Neighbors working together to create change is the fuel every movement needs to succeed, and a small group of dedicated North Kansas City residents is proving their worth in the City’s ongoing Complete Streets project.

They call themselves “Complete Streets for NKC,” and they are working to support North Kansas City’s Complete Streets and Bicycle Master Plan all the way through completion. The group formed after a few members learned that opposition to a recently installed road diet on Armour Road had swayed several City Council members to consider removing the crosswalks and protected bike lanes (See more context and history here). Several individuals had noticed some grumbling on social media about road construction on Armour, but they began organizing in earnest when they learned that their mayor and City Council were planning to act on those complaints. “Most people weren’t aware that we were in danger of losing the project, myself included,” says Jenny Wise, who lives near Armour and enjoys bicycling in NKC. “If Kathy hadn’t clued me in to the importance of this meeting, I would never have known I needed to show up.”

Between Jenny’s friend and fellow bicyclist Kathy West and NKC cheerleader Joe Gauer, they recruited a handful of scrappy and passionate neighbors ready to do the hard work of winning hearts and minds for Complete Streets in their city. “Armour has been treated as a cut through for commuters who speed through there for years,” says Simon Sheckells, a transit user and CSNKC member. “When an idea was presented to treat Armour like a thoroughfare more in line with the small municipality we are, I jumped at that.”

With less than two weeks before the City Council’s vote, each person had a part in spreading the message.

“We each took a bit out of the elephant and canvassed the neighborhoods,” reports Elise Carlson, “I think that made a lot of difference in the perception of the project.”

While some wrote a petition, others developed talking points, knocked on doors, or posted on social media to build support for the project. And everyone talked to their friends and family about the importance of Complete Streets. “We are a small, family-oriented community with a growing “main street” area, and we need safer streets for everyone!” says Sarah Sheckells, Simon’s wife. 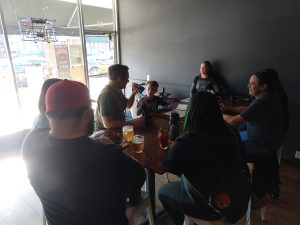 Their efforts secured enough votes to allow the road diet to remain until at least May 2020, when the City would review the project (Learn more about the result here). While the group celebrated the decision, they also appreciated that at least a few neighbors remain unconvinced of the value of a Complete Street. “These people matter, even if they aren’t with us, even if they are a little steadfast in wanting to gut the project. Finding out why they want it gutted and addressing those concerns is important,” opines Simon. Jenny echoes, “Being a neighbor with a stake in this opened the door to many great conversations with people on all sides of this issue.”

And that’s the real benefit of the kind of work Complete Streets for North Kansas City is doing: they are just residents initiating discussion with other residents. While their immediate concern was to save the Armour Road project, they have no intention of slowing down after May: They are committed to listening, educating, and working together for the kind of community they want in North Kansas City.

BikeWalkKC members power our advocacy work in cities throughout the region. Will you join us?