For the next few Feel Good Fridays, we’ll be discussing the KCMO Bike Plan. Read on to learn more!

If you haven’t heard already, the City of Kansas City, Missouri is going through the process of adopting an updated version of the Bike KC Master Plan. There’s a lot of information in this new plan, but what does it all mean?

To help explain the contents of the plan, we will be publishing a short series of blog posts to highlight some of the major aspects of the plan.

Before we jump in, we want to give you an update of where the plan is in the legislative process:

So, what is the Bike Plan? In short, the Bike KC Master Plan is a dynamic document intended to guide the City of Kansas City, Missouri as it seeks to fully develop a network of bicycle infrastructure, programs, and policies. It draws a comprehensive picture for existing efforts around the development of the bike network and how the plan will inform and influence future actions.

The plan itself is divided into seven chapters, but for the purpose of this blog, we’ll be focusing on the first two chapters.

Chapter One discusses the background and vision for the updated bike plan. The plan is a direct response to a 2016 audit conducted by the City Auditor which found that the 2001 Bike Plan was insufficient. The updated plan provides specific paths forward to help the City become more bicycle friendly.

Some of the key highlights from the chapter are outlined below:

Chapter Two explores the ways in which the City reached out to residents and worked to include their input in the updated plan. Thousands of residents provided feedback over a two-year period that set the foundation for this project, and those thoughts and comments are reflected in the plan’s vision, recommendations, and implementation approach.

For context, the vision statement for the Bike Plan states “Kansas City is a vibrant community where all modes of transportation, including the bicycle, are valid, equalizing, and supported. All users are safely accommodated on well-connected networks to destinations which facilitate a culture of cycling and access to economic development opportunities.”

Some of the other highlights from this chapter include:

All of this work has helped to lay a strong foundation for the updated bike plan to build upon. In the second part of this series, we’ll identify how the updated bike plan characterizes the current state of affairs in bicycling as well as an overview of what routes and types of facilities could be in the implementation of the bike network.

If you haven’t already, please sign the petition in support of the bike plan! You can also learn more about the bike plan by visiting the page on the City of KCMO’s website.

Did you know? BikeWalkKC’s advocacy efforts are member-supported! You can lend your voice to our work by becoming a member today. And get the latest on bicycle- and pedestrian-related happenings when you subscribe to our newsletter! 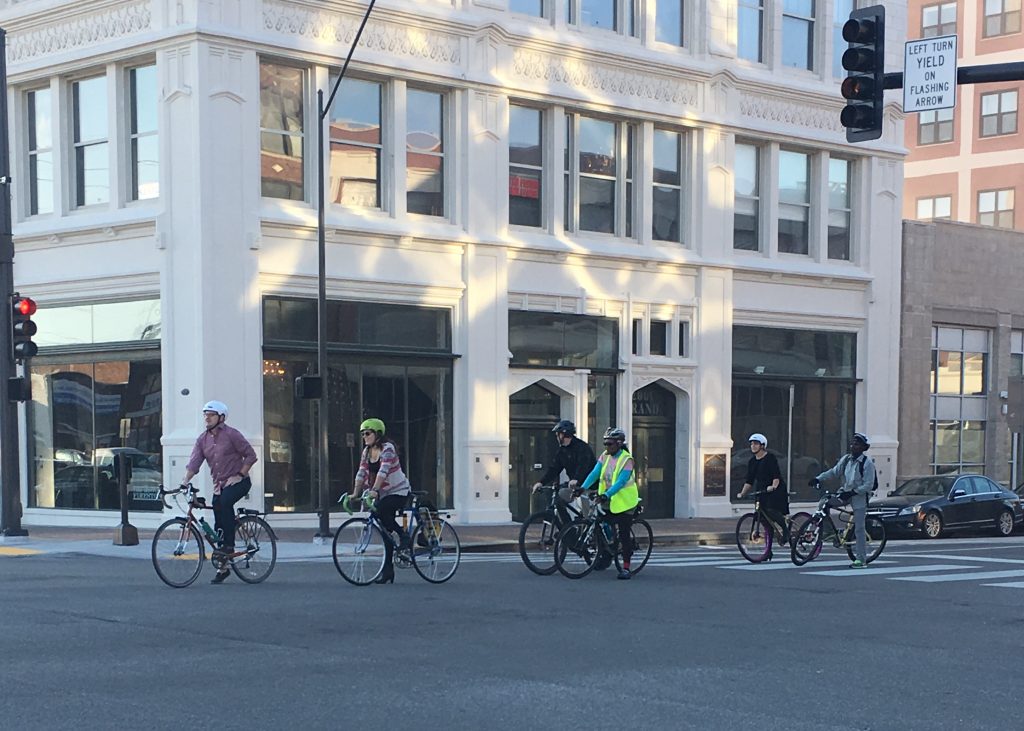