Earlier this week, we posted a press release about a crash which occurred on Friday, July 20 which left two female pedestrians injured, with one in critical condition. We just learned yesterday that one of those victims has died.

On Tuesday, July 24 21-year-old Haley Elizabeth Hackett died from her injuries. The other victim, Arlan Engin, has been released from the hospital.

The incident took place around 3:45 p.m. on July, 20th at the intersection of 43rd and Main streets. Police say that an SUV was turning left from 43rd onto Main when the two women were struck. The driver of the vehicle remained at the scene. 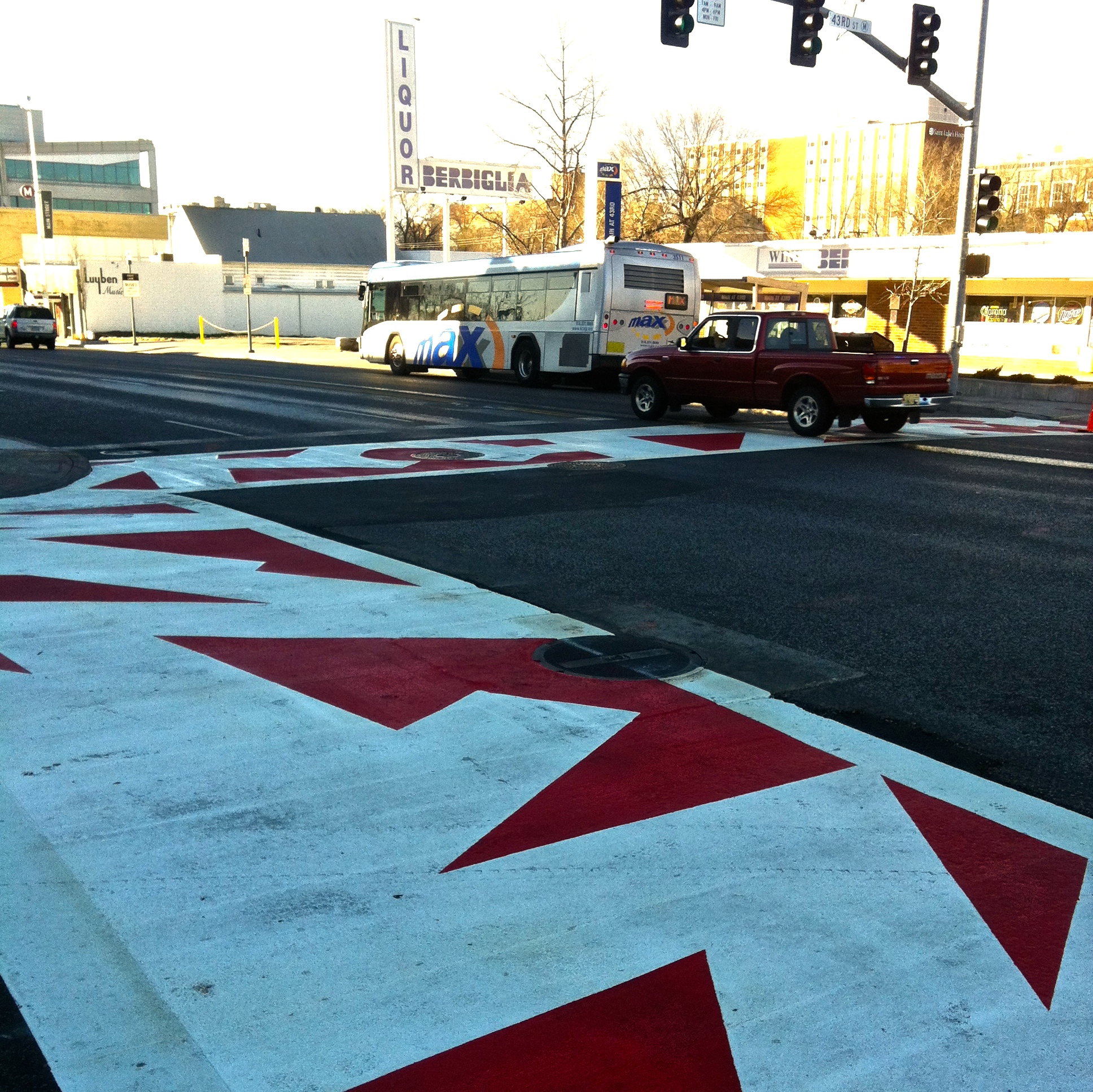 43rd and Main in KCMO – the intersection where the fatal crash took place on Friday, July 20th.

“We are saddened to learn that Haley has succumbed to her injuries, and we wish to extend our sincere condolences to her family,

friends, and the Kansas City Art Institute, where Haley was about to start her senior year,” said Eric Rogers, executive director of BikeWalkKC. “This crash didn’t need to happen, and we remain concerned at the lack of action from the authorities to hold the driver responsible.”

“The fact that the driver hasn’t even received a ticket for causing Haley’s death is incredibly troubling,” noted BikeWalkKC policy director Eric Bunch. “This lack of action is a tangible manifestation of our emphasis on cars over people and that needs to change.”

To that end, the policy team will begin to push for the passage of a vulnerable road user (VRU) ordinance in Kansas City, MO. This legislation will clearly define what is a VRU (typically cyclists and pedestrians) and will lay out explicit language for how motorists should interact with them and what the penalties are for failing to comply.

As Bunch continued, “Between this and the recent developments with other cases in the city, it is clear that we are failing to protect those who choose to walk or bike to their destinations. As long as we continue to do that, people like Haley will ultimately pay the price for our inaction.”

As BikeWalkKC has stated in the past, what deserves the brunt of the blame for these crashes is the culture that values car traffic efficiency over the safety of human lives.

For more information, contact Karen Campbell, director of development and communications, at (816) 205-7056 (ext. 2) or by email at karen.campbell@bikewalkkc.org.

BikeWalkKC believes that crashes are not accidents and clothing is not an excuse.