If you live, work, or travel through Midtown KCMO you might have seen some changes coming to Armour Boulevard in the Squier Park, Hyde Park, and Old Hyde Park neighborhoods. The boulevard is getting a big makeover into a Complete Street that will make it safer, more comfortable, and more sustainable for everyone – whether walking, biking, using transit, or driving an automobile.

As of May 30th the street has been repaved and temporary lines painted. Once the new pavement cures in a few weeks, crews will return to paint permanent stripes and install signage. While the current temporary setup might be a little confusing, the ultimate finished product will include a variety of paint markings and signs to explain the new layout for biking, crosswalks, parking, and car travel lanes.

The key benefits of the Armour Boulevard Complete Street makeover include:

Get project updates on construction progress from City Hall. 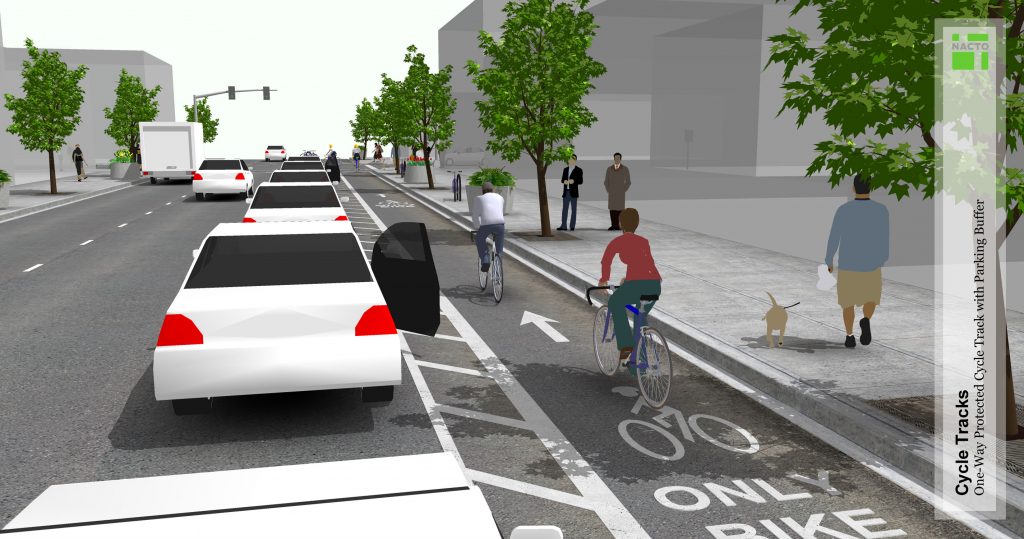 More about the parking-protected bike lanes: 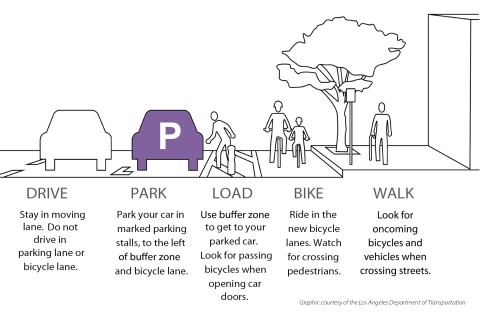 This guide from the City of Colorado Springs provides lots of good information on the use and benefits of parking-protected bike lanes.

The Rise of Protected Bike Lanes in the U.S. from PlacesForBikes on Vimeo.

During 2016 and 2017 BikeWalkKC convened a group Midtown neighborhoods and residents who were concerned about the speed of traffic on Armour Boulevard and resulting safety issues for families walking and biking the area. Representatives from the Squier Park, Hyde Park, and Old Hyde Park Neighborhood Associations met several times with BikeWalkKC, KCMO Public Works staff, and 4th District Councilmember Jolie Justus. Institutional stakeholders like schools and businesses were also consulted. The process resulted in today’s Complete Street project, which received significant public input and was endorsed by all three neighborhood associations.