The big regional study on the future of the Buck O’Neil/Broadway Broadway Bridge and the north let of the Downtown Loop is moving forward with some specific options and public feedback. If you missed last week’s public meetings, the information and survey are now online.

Take the survey to share your feedback, or see the full presentations from the public meeting. 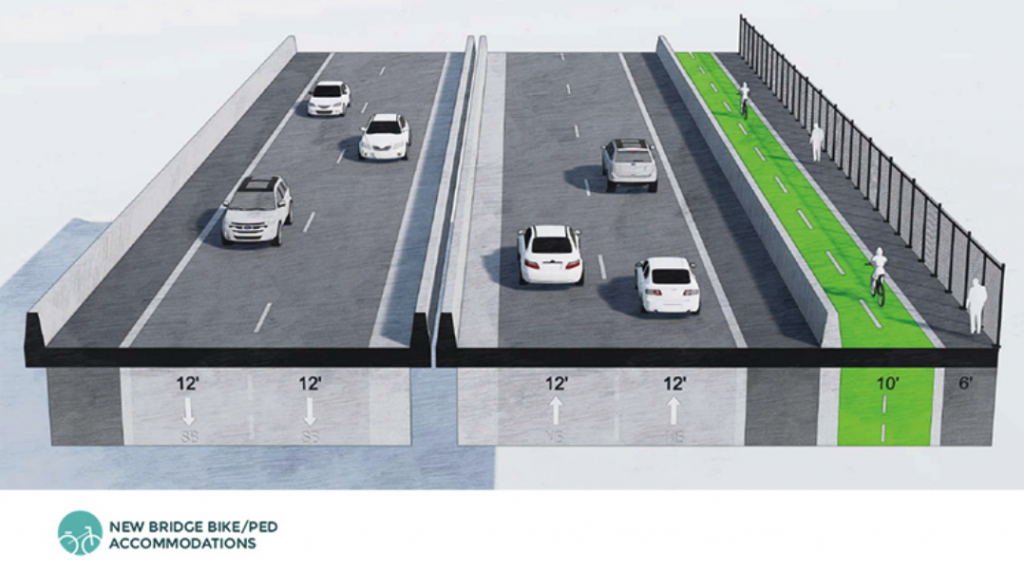 Several options range from consolidating the current maze of on/off ramps, to shrinking the freeway to smaller footprint to create parks and open space, to completely removing it to develop new housing, commercial, and public space.

The latter two scenarios would revamp Independence Avenue with a two-way protected cycletrack. 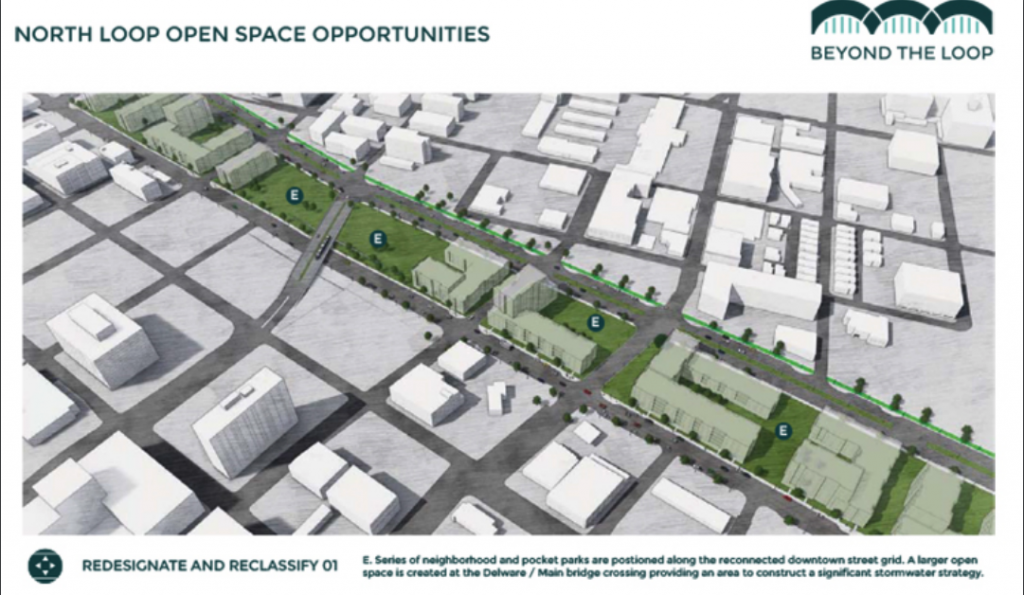 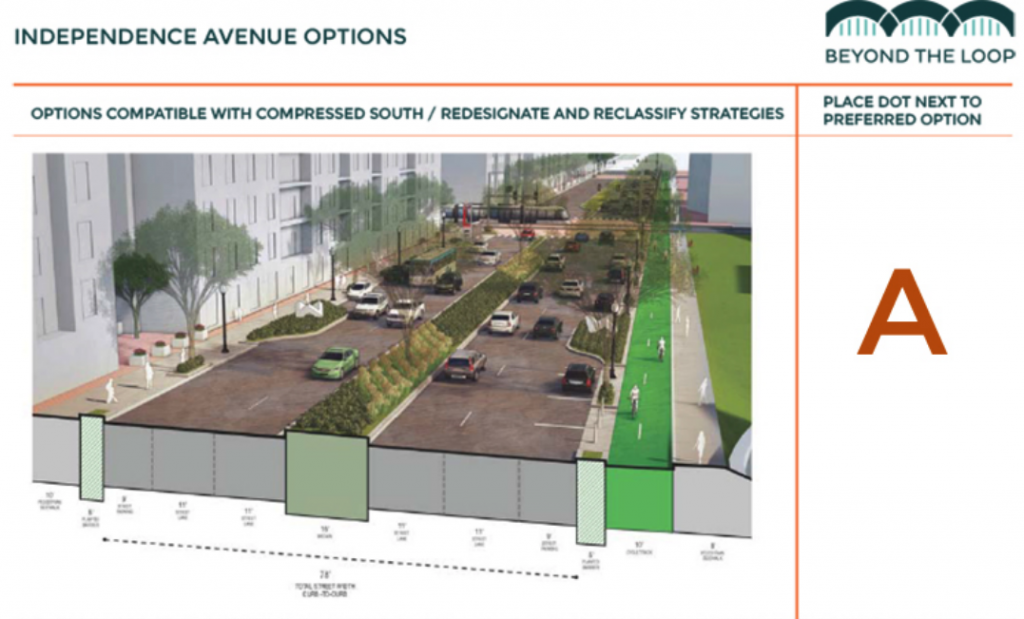 The Route 9 approach to the Heart of America Bridge would be lowered to street level, removing the giant wall between the River Market and Columbus Park neighborhoods. The current Bob Watts Path on the bridge would be extended down to Independence Avenue, connecting with a proposed cycletrack on that street. 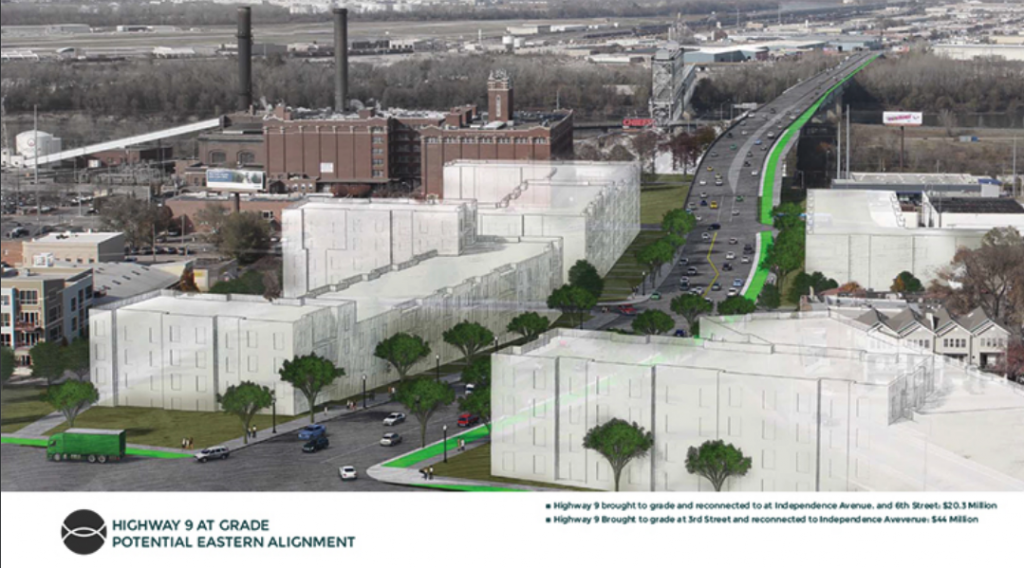