Last week, the Lenexa City Council received a presentation on Complete Streets, the concept that city streets should be safe and comfortable for everyone – whether you are driving, biking, walking, in a wheelchair, etc. A good group of 20-plus residents were in attendance to support better biking and walking in Lenexa.

While the city is already doing a good job with some aspects of Complete Streets, the big missing piece is on-street bike lanes. Lenexa has focused on building a great trail system, but has historically been the suburb most hesitant about putting bike lanes on city streets.

Most City Council members were very supportive of developing a formal Complete Streets policy. They also recognized the absence of bike lanes and the need to provide infrastructure for people who bike for transportation. It was generally a positive and productive discussion. However, Mayor Michael Boehm was skeptical about bikes on city streets. He expressed concerns about bikes impeding automobile traffic, and was skeptical that the crowd in attendance were actually Lenexa residents. In the end, the mayor did invite the public to provide their top ten things the city could do quickly to improve walking and biking.

Next Steps and how you can get involved. 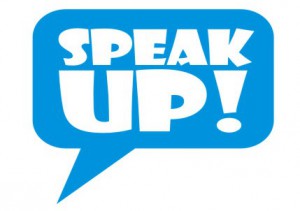 1. Join the I Bike Lenexa group on Facebook
A grassroots group of Lenexa residents is working to build a community among Lenexa cyclists, and is discussing ideas for the Top Ten List requested by the Mayor.

2. Contact your Lenexa City Council Members
Let them know you are a Lenexa resident that supports Complete Streets and wants to see on-street bike lanes added to the city’s transportation mix. Be sure to copy Mayor Boehm at mboehm@lenexa.com.

3. Join BikeWalkKC’s Advocacy Mailing List
Get occasional updates about progress in Lenexa and actions you can take to help the cause.

4. Stay tuned for Lenexa Vision 2040
In 2018 the city will kick off its next master plan process. City officials have indicated they are open to adding a Vision 2040 task force responsible for Complete Streets.