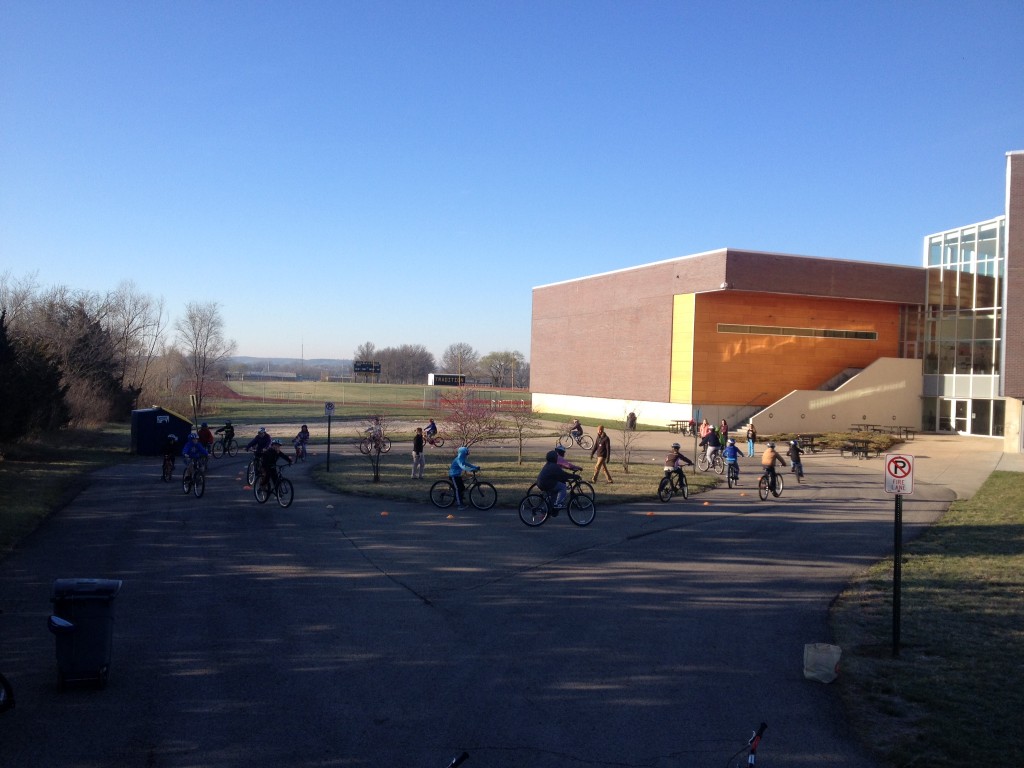 More than 300 fourth- and fifth-graders at four Lawrence elementary schools have participated in the Bicycle Lesson and Safety Training (BLAST) program this month.

BLAST is our bicycle safety training that is taught through physical education classes at schools in the Kansas City region. We have three mobile classrooms that travel to schools, and they are equipped with helmets and mountain bikes. In four sessions, students learn about proper helmet fit, rules of the road, bicycle safety checks, road hazards and how to safely navigate through an intersection. In some cases, students learn how to ride a bike.

Goals of the BLAST program include:

• Identification and avoidance of hazards

The program, which concludes March 31 in Lawrence, is being offered through a partnership among BikeWalkKC, the Lawrence-Douglas County Health Department, Lawrence Public Schools and Lawrence Bicycle Club. Lawrence’s pilot program was held at Langston Hughes, Broken Arrow, Quail Run and Schwegler schools.

“We believe starting bicycle education at a young age will result in safer drivers who also recognize bicycling as a viable source of transportation,” Health Promotion Specialist Michael Showalter said. “Students in Kansas spend an average of 6.8 hours per day at school during the school year, so it’s important that we leverage the time spent in school to engage students in learning opportunities that could lead to increased physical activity for a lifetime.”

Since the program’s inception in 2012, BLAST has educated more than 5,000 students in 40 schools. Lawrence is the 10th school district in the region to participate in the BLAST program.