KCMO City Councilmembers, City staff, and residents recently met up at the new Jazz District B-cycle Station and rode around the neighborhood to see several bike lane projects coming soon to the East Side and Greater Downtown. 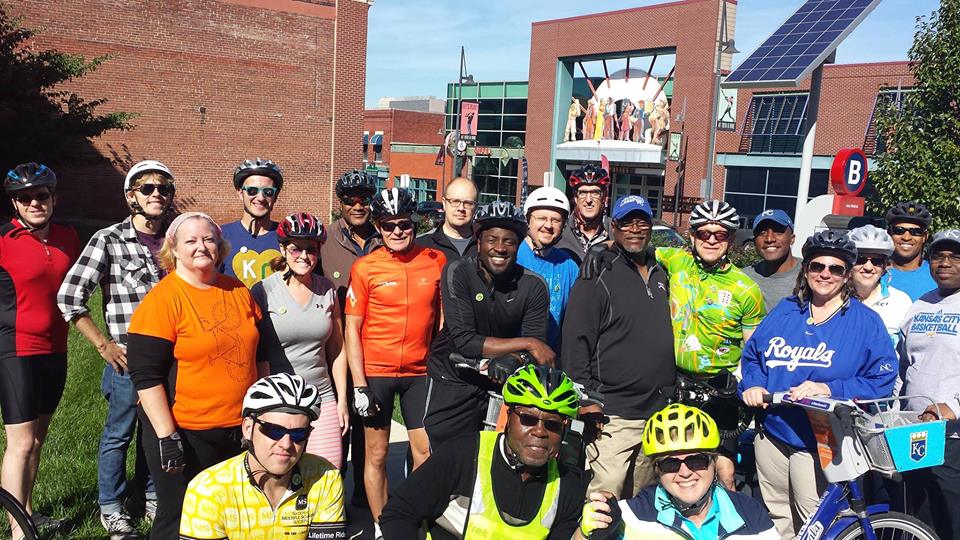 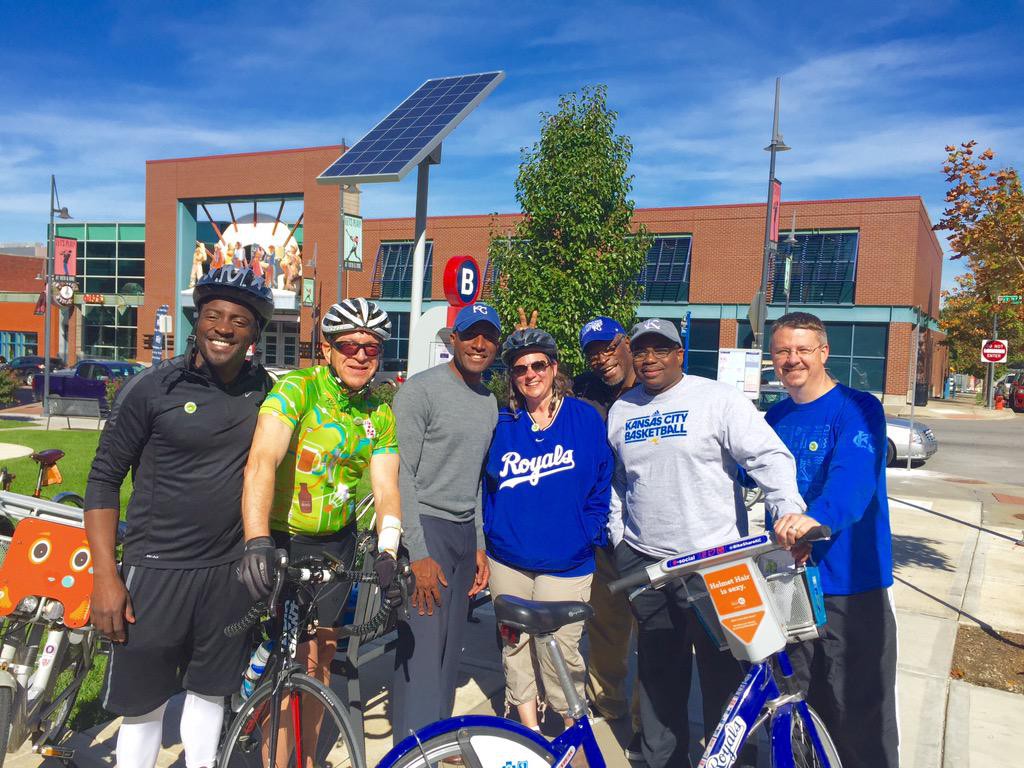 The group started at the new Jazz District B-station and toured several locations were bike facilities are planned for the near future:

Several members of the group rode B-cycles, and everyone had a great time. Councilman Fowler was spotted wearing our BikeWalkKC “Map of KC” jersey. Several Councilmembers are already talking about the next ride and which other neighborhoods to tour! Big thanks to Councilmembers Reed and Fowler for organizing and leading ride, and to the KC Metro Bike Club and Kansas City B-cycle for support.

We look forward to getting this group back on the bike next year to ride the new bike lanes!