A big improvement for pedestrians is underway! Kansas City’s new Crosswalk Crew is hard at work this summer updating intersections with fresh paint and upgrading them to the highly visible “ladder” and “continental” style crosswalks. They have already upgraded many intersections Downtown are currently work in the Midtown and Plaza areas. 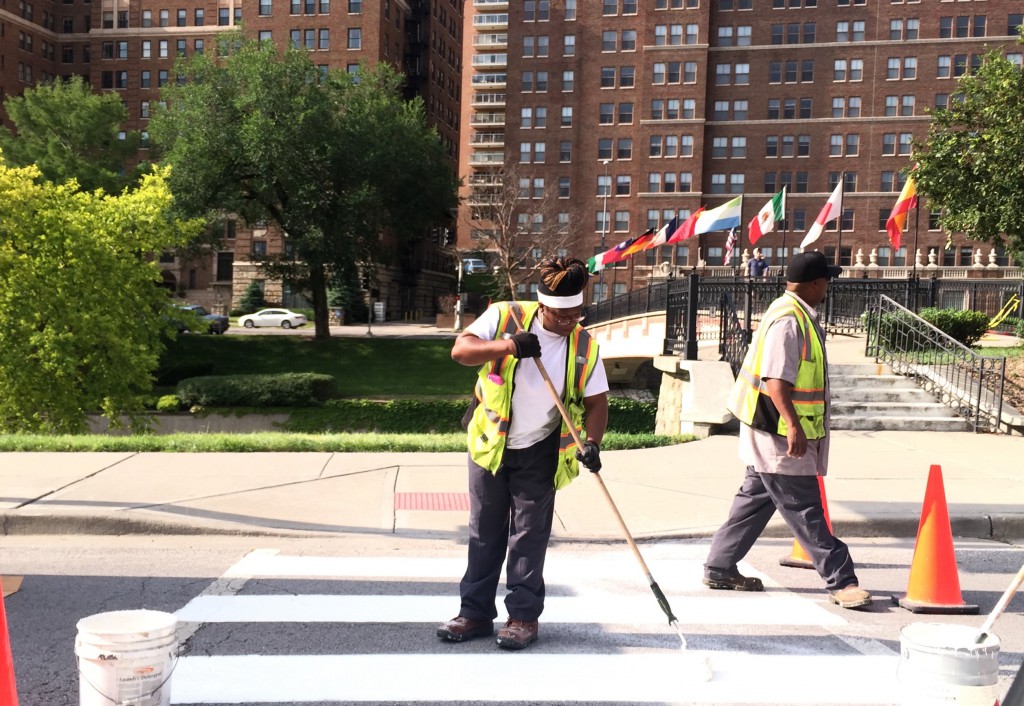 The new crew was established in 2014 after city staff, the Bike/Pedestrian Advisory Committee, BikeWalkKC, and members of the public worked together to recommend improvements to the city’s crosswalk marking policies and funding systems. We applaud the City Manager’s Office, the Public Works Department, Mayor, and City Council for prioritizing crosswalks in the City budget and making much-needed investments in better crosswalks. 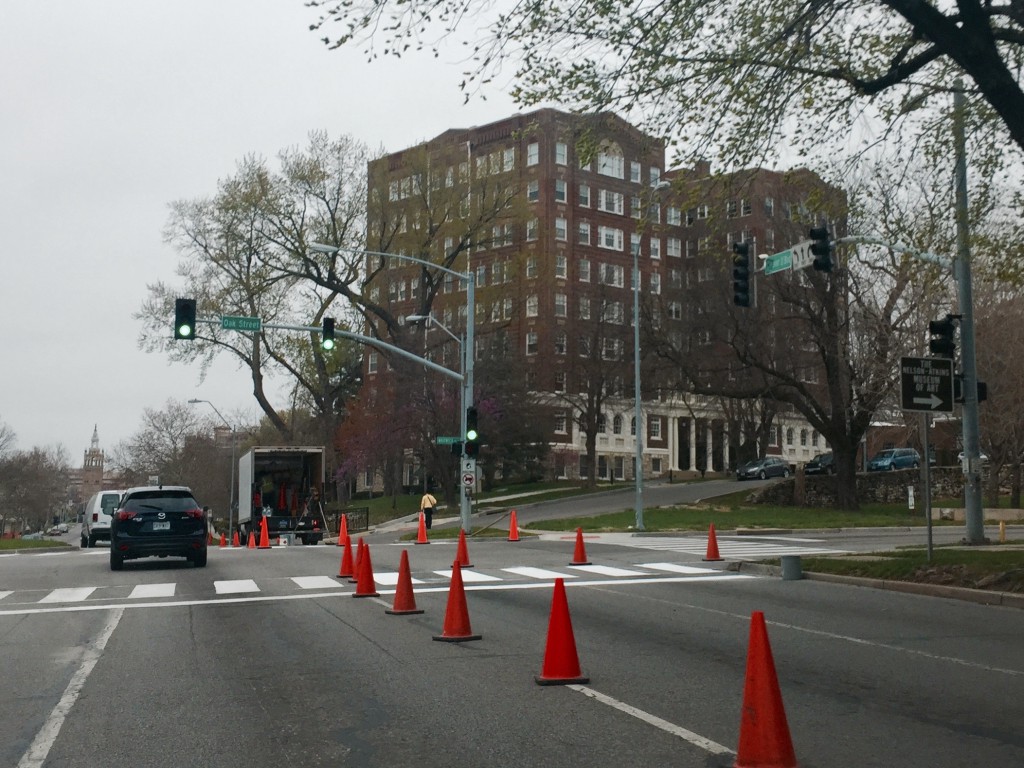 Existing intersections are being upgraded and will be regularly repainted annually. This crew has a big task in a city the size of most counties! They are starting out in areas with high pedestrian traffic, along transit routes, and near schools. As streets are repaved or new streets built, crosswalks will be “painted” with a long-lasting thermoplastic material using the ladder and/or continental styles.

The new Crosswalk Crew and improved design standard are big first steps that are having an immediate impact on the safety and comfort of residents and visitors. An important next step is to improve transparency. The Public Works Department conducts an annual inventory of crosswalks that is available only upon request via an ambiguous process. We encourage the city to publish this inventory on the open data portal so residents can see the magnitude of the task and progress being made.

Read more about the crosswalk marking report and policy.