Connecting Kansas City to the Katy Trail State Park is part of BikeWalkKC's 10 Year Vision for Greater Kansas City. We are working with many public and private stakeholders to achieve the western end of the vision to extend the Katy Trail from border to border across Missouri - and to preserve the corridor for a future trail+transit service.

The Katy to KC Connection is made up of multiple trail segments and connections via the MetroGreen trail network. 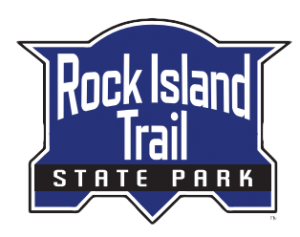 The Missouri State Parks is currently building a 45 mile segment from Pleasant Hill in KC's southeast suburbs eastward to Windsor, where it will join the existing Katy Trail. This segment is using an inactive portion of the Rock Island Railroad owed Ameren, the St. Louis utility company. Funding was secured as part of legal settlement over a dam failure at an Ameren reservoir in Mid-Missouri.

Greenwood Gap
A small section of the corridor through the town of Greenwood is still an active railroad and was not part of the Union Pacific sale to Jackson County and the KCATA. Planning is underway to identify an alternate corridor for a trail or on-street connection to Pleasant Hill.

Local trail connections
Once the Rock Island corridor is complete, there will be several local connections to the MetroGreen trail network. Most of the metro area will be within a half-day's ride of Katy Trail! Some of these local trails are open now, some are under development, and others are just dreams waiting for funding.

How you can help make this all happen
Become a member of BikeWalkKC to help us work towards this awesome goal. Your membership supports our work with local cities and counties to bring the Katy to KC and build out the MetroGreen network so the whole region can access the Katy. Join today, or if you are already a member, make a donation.