The City of KCMO and local neighborhoods have a plan to transform Gillham Plaza and Gillham Road into a Complete Street that is safer and more comfortable for everyone. It is part of a key north/south corridor linking Downtown, Midtown, and the Country Club Plaza. A new bikeway will physically separate people on bikes from cars and trucks. Road diets and improved crosswalks will slow down car traffic and make it safer and more comfortable for people walking or in wheelchairs to cross the street.

Current status (August 24th, 2020)
Cycletracks are under construction on the Armour to Linwood and 39th to 45th segments. This includes curbs, bollards, and paint.

This information is based on our observations plus information provided by City Hall. Please refer to KCMO Public Works for any questions or concerns about the project’s design or construction status. 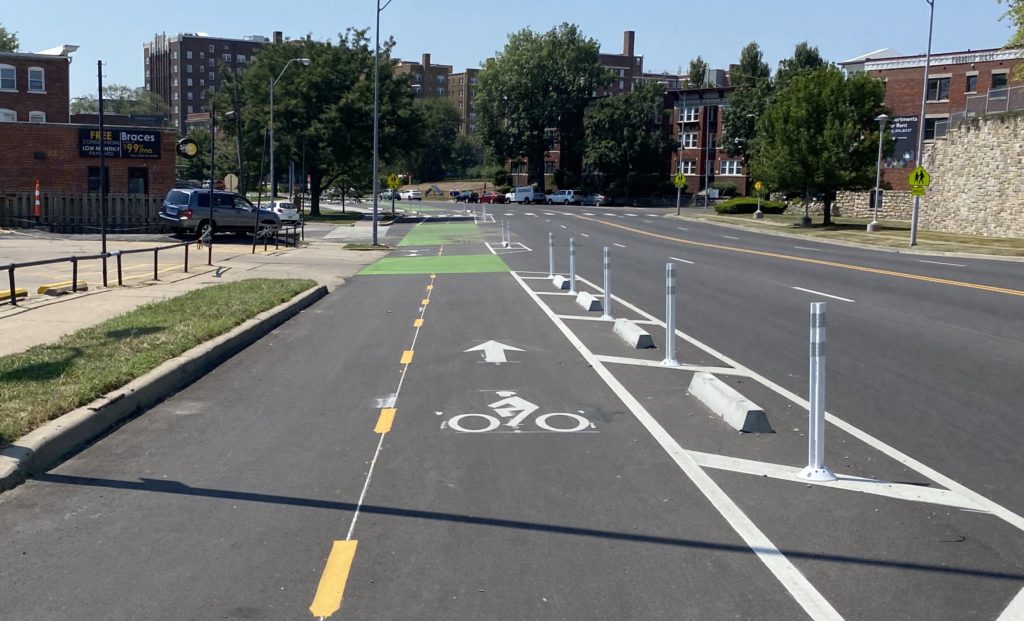 City Hall’s 2020-21 budget has a brand new line item for Complete Streets implementation, and city officials are utilizing two recent repaving projects on Gillham to create demonstration projects in Summer/Fall 2020. If successful and funding is prioritized, they could be upgraded in the future as more segments are built.

Note: The Gillham master plan included a road diet between 31st and Linwood in order to make room for a cycletrack, slow down traffic, and shorten the distance people have to cross on foot or in a wheelchair. City Hall was not willing to diet Gillham below four lanes in this location, but BikeWalkKC continues to advocate for the preferred design endorsed by the community.

Gap between Armour and 39th
There will be four block gap in the cycletrack between Armour and 39th. City Hall is taking advantage of recent repaving projects to build these projects. This section of Gillham was not repaved this year, but BikeWalkKC is asking City Hall to re-stripe this section anyway. This would create one long cycletrack from Linwood to 45th, instead of two short, disconnected pieces while we wait for this middle section to get repaved.

Transition at the South End
If you are going southbound and get to Armour Blvd it looks like the cycletrack is dumping you right into ongoing traffic. But there is a tip to safely exit the cycle track! Stop at the crosswalk and wait for a red light. Then turn right and use the crosswalk to cross Gillham and get to the green turn box. Wait there for a green light to proceed south in mixed traffic. 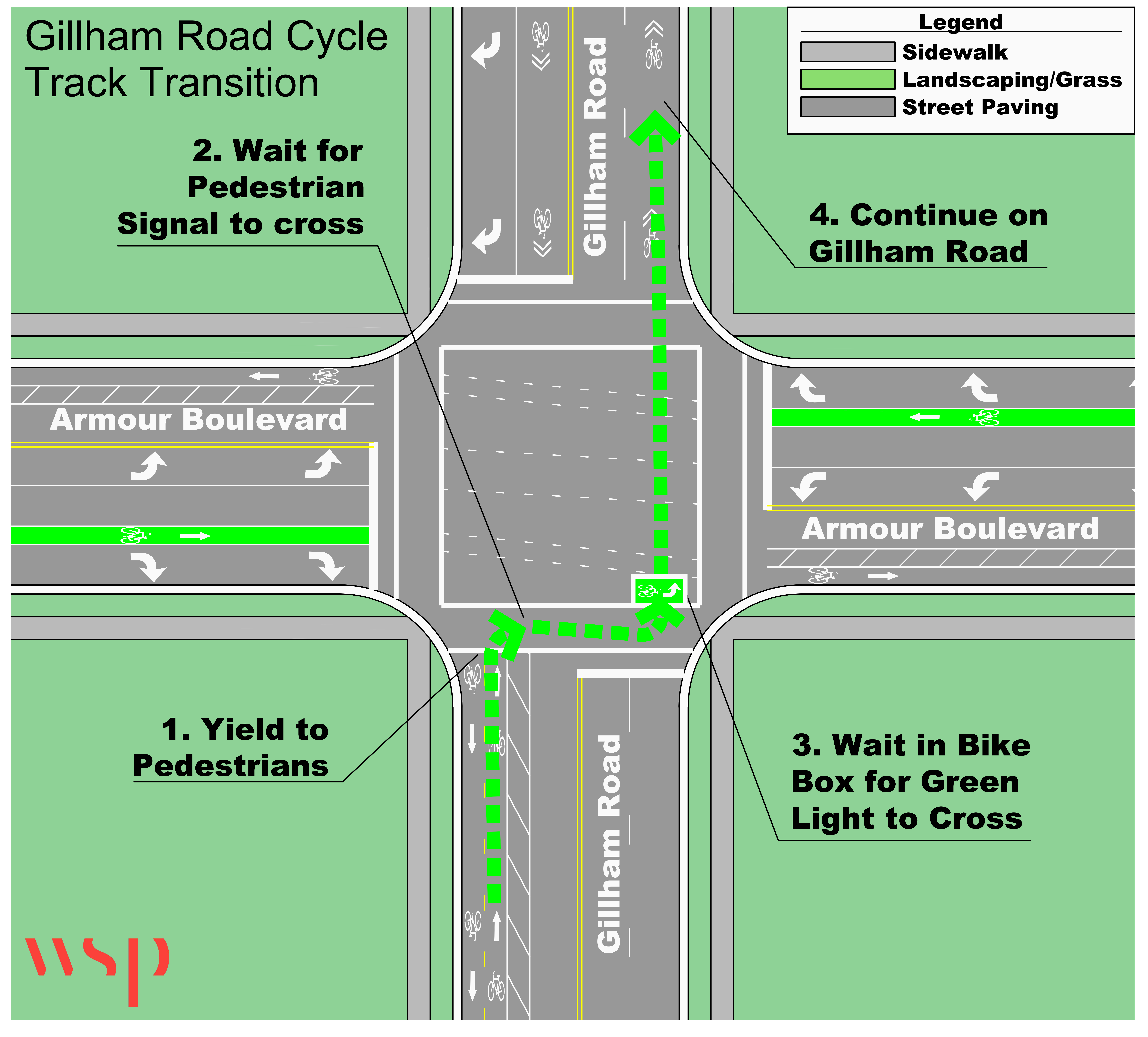 How to continue south on Gillham with a two-stage turn. Click to enlarge.

More information about the 2020 Gillham projects is available on the Public Works project page for Phase 1.

The current projects on Gillham are part of larger master plan that came out of a months-long process that engaged neighborhood associations, residents, businesses, and institutions along the corridor. It builds on previous work that identified Gillham for future study in the Greater Downtown and Midtown/Plaza Area Plans.

The plan for the Gillham corridor includes future improvements north along McGee Trafficway and 27th Street to Grand Boulevard through Crown Center to meet up with the current Grand bike lanes at 20th Street. Grand and Gillham would ultimately create a corridor for 3rd Street in the River Market, through Downtown and Midtown, to the Country Club Plaza.